You may have heard that recently the beloved Harry Potter actress, Emma Watson, has been advocating the rights of women as the recently appointed U.N. Women Goodwill Ambassador. In her recent speech, given at a special event for the HeForShe campaign, she addresses the topic of feminism and what it means to be a feminist.

She remarks, “My recent research has shown me that feminism has become an unpopular word.” And she’s not wrong. 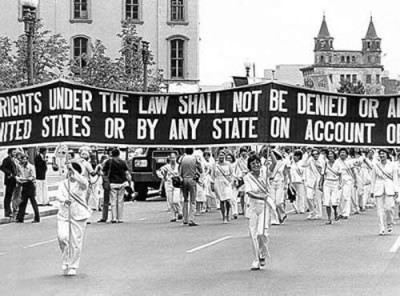 Feminism has become a dirty word. Feminism has become a word in which even well-respected women choose without which to be associated. There’s even an entire website dedicated to women against feminism. Many believe that there isn’t a place for feminism in the modern world because the rights of women are decisively equal with the rights of men. It appears, that for many, feminism is dead. However, feminists endure the backlash and advocate that feminism is indeed alive, well and remains justified. Many modern feminists defend their position by affirming that feminism is not only concerned about the rights of women but also, the rights and equality of all.

Why has feminism become the F word of our culture, of social media and of the modern dialogue if its principle goal is concerned about me, you, her, him and they? 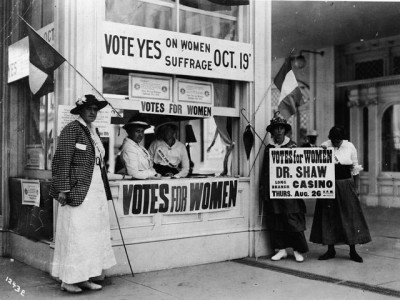 Maybe it’s best to start at the beginning. Feminism existed long before it had a name, but the F word started appearing in the West around the late nineteenth century. There are multiple feminist movements that have developed out of feminism, each centralizing its efforts on a specific area of women’s rights. Feminism fully emerged with the First-wave (the First-wave began in the late nineteenth and early twentieth centuries, yet the actual term was created retrospectively, only after the advent of the Second-wave), which was aimed toward the rights of white women in middle and upper-class Western societies looking to end suffrage and give women the right to vote.

When women’s suffrage ended in Western civilization, many believed that women were still in need of a voice as it pertained to sexuality, reproductive matters, family, work, legality and ownership — and in the 1960’s, the Second-wave was born. The Second-wave was also responsible for the advocacy of women’s rights in the media, the military, as it related to domestic violence and sexual assault and not least of all to mention the advances that were made in custody and divorce laws. Third-wave feminism began in the 1990’s and was established to address the concern that the rights of women who were non-white, of varying ethnicities, nationalities and religions, as well as women of queer orientation, were not substantially supported. There are additional movements that have grown from feminism, not to mention in the last ten years, there have been efforts to officially recognize a Fourth-wave.

So it remains, if modern feminists insist that feminism is about equality and that equality means equality for all, why is there such disdain associated with the word?

Feminists argue that not only should the rights of women be the same as men, but that men should have the same rights as women. How so? Well, for starters, men shouldn’t fear the social repercussions of being emotional. How we express ourselves is a human quality, not a male or female quality. Also, men walk a line of appropriateness when it comes to children, that people just don’t seem to talk about. On one hand, men are expected to stay at a comfortable (according to women) distance from children who are not their own (this includes the children of family and friends) and that means not showing the same sweet, playful, nurturing demeanor as their female counterparts. Women spend their entire lives preparing for the role of mother by nursing dolls and babysitting neighborhood kids — yet men, who’ve had limited interaction with children, are expected to be actively engaged, empathic and compassionate fathers. It doesn’t make any sense. There still may be significant inequalities for women in the workplace, but at home, it’s not any easier for men. And as of the late twentieth century, the rebuttal to feminism was conceived — masculism.

The problem with any of these movements is that, even though they were brave and bold efforts in fighting for the equality of all, they’re all fighting for equality based on positions of difference, that which divides us and that which separates us. People fight for human rights and equality based on sex, gender, race, ethnicity, and so forth — so why do we need to differentiate between them all? Whether the issue is in regards to the rights of women, men, homosexuals or African-Americans — we feel divided from the issue as long as we are not part of it, and in defense of ourselves because we are not a member of that movement. What’s missing is the equalist movement. A movement for all. These movements were created with the intention of advocating for the rights of an isolated group of people as opposed to the Other.

So why aren’t we advocating for equalism?