In this day and age of social media, it’s hard to get away from the things and people that drive us crazy online. We are so deeply interconnected that people can get to us 24/7, and that is starting to drive a few of us a little batty.

In this vein, I took to social media asking the burning question: “What drives you Batshit Crazy online?”

After receiving many posts, emails, and even text messages, I tossed them all together and let the top ten most complained-about rise to the top. Whether perusing Facebook or posting to Twitter, these are the ones that made my pollsters stop and ask that burning question … WHY? 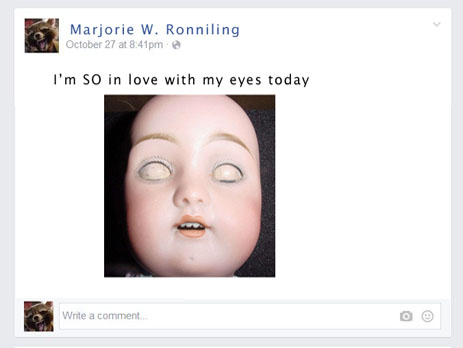 This one is a huge no-no with my pollsters, so if you’re doing it … STOP NOW! There is nothing that is more annoying than people posting pictures of themselves with a little quote telling people how in love they are with their hair, eyes, ears … whatever. We get it, you love yourself and that’s great, but posting about it constantly isn’t.

2. Begging for money in a post because you’re broke…

Hey, we all understand times are tough all around. We aren’t that hard-hearted. It’s just that we also know you took your whole family to Disneyland last week. Budgeting might be something you want to look into rather than BEGGING on social media for a hand out.

This is one of the major offenders to our peeps on social media. People, if you don’t know what word to use then maybe you should do a little less posting and a little more reading. We aren’t trying to be Grammar Nazi’s here. We’re just saying that some simple knowledge of the English language would be appreciated.

4. Inspirational quotes posted by people that have no business posting them: 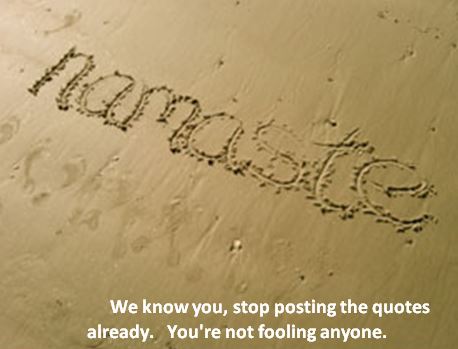 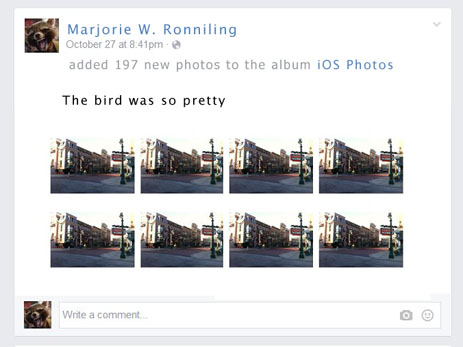 Do you find yourself dumping every single picture you took on vacation into a Facebook photo album without even looking at them? We hate to break it to you: no one cares about 197 pictures of a bird you thought were pretty. Especially if you uploaded 45 of the same photos because the bird moved. For everyone on social media, we beg you … look at your photos, pick your favorites and post them. If you are unwilling to go through them yourself, why should the rest of us be subjected to it?  A couple photos are great, we would all love to see them, but 200 is a little much. 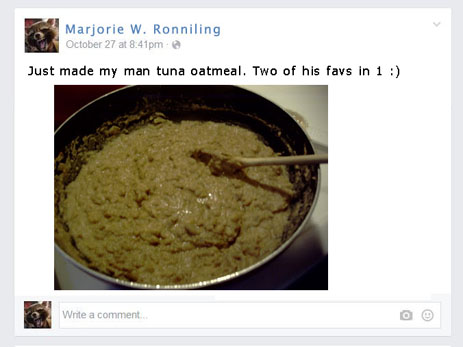 We understand that you might be learning to cook, but do you need to torment all of us with it? We would like to be able to eat lunch!

7. Constantly putting up pictures of how you hurt yourself: 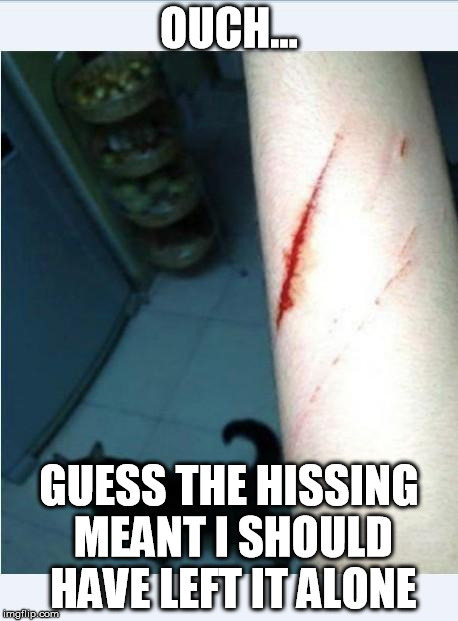 And we’re not talking about really being hurt, we’re talking about “oh, I cut myself,” or “eww, I have a scratch.” People, if you feel the need to post a picture of every scratch, bruise, or nick you receive on a daily basis … you might have too much time on your hands. Just saying. 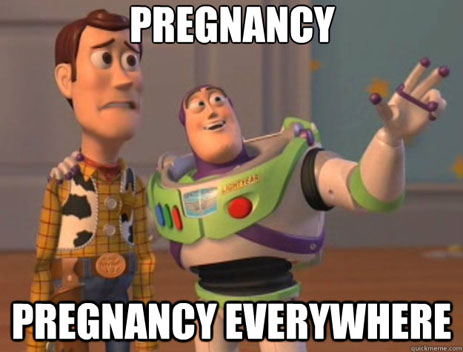 We get it, you’re pregnant, but we don’t need to hear about it ALL DAY LONG. Our pollsters’ favorites are the peeps who post daily pictures of their tummies online, then follow those up with “what’s happening inside them today” images. We all know you’re excited – take the pictures. But don’t post them hourly to social media. When you have several pregnant friends, it can get really annoying really fast.

9. People liking their own posts … first:

The first step is admitting you have a problem.

Bad things happen. That’s what private messages are for. A good online fight is about as fun to watch as a car accident. We can’t help to slow down and see what the carnage is, but when it comes to online fighting, it makes the rest of the people online a little uncomfortable. Even if you are just standing up for yourself, more often than not, you come off as the bad guy. So when you know it’s going to get heated, take it to a more private forum. That being said, don’t hide behind your anonymity online and become a cyber-bully. Being rude, just to be rude, trolling and harassing people, is not cool either.

So next time you’re posting, look around and see which one or three or ten of these social media don’ts that you’ve “committed.” We may not like to admit it, but we’ve all been guilty at one point or another. Bottom line: it’s never too late to stop driving people batshit crazy!