And if you happen to be a woman of a certain age, everyone will start betting on the number of cats you’ll soon have.

But not so fast …

As a “woman of a certain age,” whose divorce became final last year, I’m here to let you in on a little secret: Divorce can be good … In fact, it can be one of the best decisions you’ll ever make.

Let’s do a quick flashback to where my divorce journey started: when I married my ex-husband. Like you, and like all of us, I meant it when I said “I DO.” That was it; we were growing old together and sipping lemonade on our porch. I had my whole life mapped out before me, and I had a solid plan.

But then as the years went on, and in the most eloquent way I can state this, “Shit happens.”

And boy did it happen to us.

I won’t go into the grizzly details, but let’s just say that vows were broken, and tensions were at volcanic levels. If I hadn’t left when I did, in all likeliness there would’ve been a chalk outline of one of us.

Although we’d reach this level after five years of marriage and a one-year-old, I stayed another seven years, because how could I leave? The choice to leave my husband meant that I would no longer get to see my child every day. What kind of mother would make such a choice? That thought stopped me year after year after year. I resolved that I loved my child more than I loathed my husband, and I endured. My new plan was to stay married until my son left for college. Then I could leave. And I almost stuck to that plan. 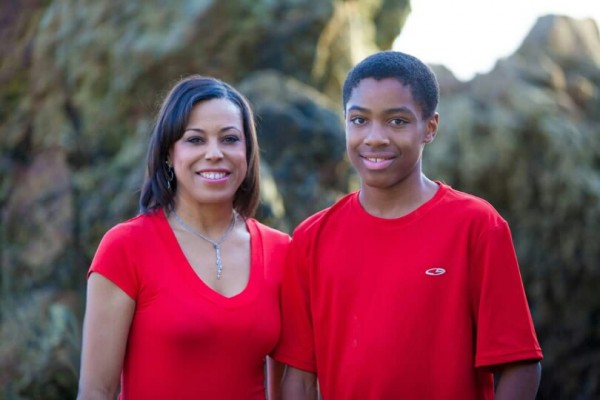 In the end, it wasn’t the fact that my marriage had reached the point of total annihilation that finally made me leave. It was when my then-11-year-old son, who is typically as goofy as they come, came to me in all seriousness and said, “Mom, I’m not as happy as I should be. I wish you and Dad would just get a divorce already.”

The thought bubble now emerging over my head was asking, “My dear child, you mean I wasn’t fooling you?” On that very day, I decided to finally leave. Within ten days I’d filed for divorce and moved out of the house. My ex-husband said I’d declared World War III when I left. (I mean, really? Such hyperbole! If I told him once, I told him a trillion times—never exaggerate. But I digress …).

I took a leap of faith and set out on the Path of the Unknown. Which, by the way, is really fun when you’re 45. 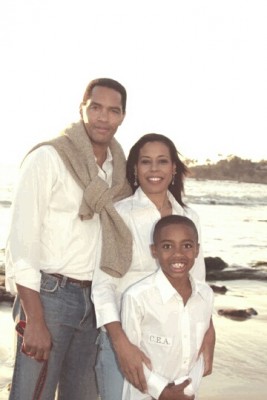 We went through divorce court and custody mediation. (Whereby they sat us mere inches from each other and when he started with the expletives, I came this close to stabbing him with my pen.) We hammered out a shared custody agreement, walked silently into the elevator together, then parted like the Red Sea. And, girls, that was hard. Very hard. He’d been my husband for 15 years, after all.

But then something happened in the ensuing weeks: all the tension and angst that I’d been carrying around all of those years started to fall off, and I became lighter. Friends told me that I’d never seemed more relaxed and happy. I found that all the doubts and fears that had become my anchor were being replaced by a new sense of joy and possibilities. I grew stronger and became whole in my mind, body and spirit. I also saw my son return to his regular silly self again because the proverbial shoe that he knew was going to land had finally dropped, and his parents were no longer in battle. Oh, and, by the way, my ex-husband and I are now good friends. (I thought I’d witness pigs flying before that ever happened.)

My life was now in my hands to steer and carve out a new course. Because I learned something: Divorce is about choice. It means that two people don’t have to be unhappily bound together until death do they part; it means they have the right to say, “ENOUGH.” Does that mean that divorce is easy? Of course not. It’s not the right choice for everyone. If you can make your marriage work, by all means, make it work. But in my case, the harder choice was to remain in an untenable situation, slowly dying emotionally every day. With the fear that one day I would be so far gone that I would never be able to navigate my psyche back to a place where I could give or receive love again. (Okay, I guess I’m a fan of hyperbole, too, but you get what I’m saying.) My only way forward was through divorce. So whenever I hear of someone else getting divorced, I don’t say or think, “You failed.” Instead, I say, “Congratulations!” Because they now have the opportunity to start fresh and remove the albatross of anguish (or whatever it was) that enveloped them.

Ooh! I haven’t even mentioned that you get to start dating again! Well, I’ll save that post for my Part Two. However, I will say that since my separation and divorce, I’ve done some valuable, shall we say, “research” on the subject. And I’m here to tell you, girls, that life is good. Scratch that. Life is amazing.

Divorce is the new black. It’s a new beginning.

And I can’t wait for my next chapter.